On Wednesday, Jan. 20, 2021, America will swear in Joe Biden, the 46th President of the United States, with his Vice President Kamala Harris. January will also bring the start of the 117th Congress.

Every beginning of a new Administration and Congress brings change. ABA is here to help you understand any changes to the regulatory and legislative agendas as it affects our industry.

On Nov. 11, ABA held a Post-Election: Where Do We Go from Here? webinar to explain what is currently happening in the landscape after such a historic election. A few races are going into special elections in January. Some election results are being contested. So what do we need to pay attention to as we move forward?

As the nation's capitol prepares for the inauguration of President-elect Joe Biden and Vice President-elect Kamala Harris on Jan. 20, access to streets in Downtown Washington, DC from Georgetown to Capitol building complex and the Supreme Court will be closed to almost all traffic.

Here are some key street closures announcements and updates:

Additional street closures may be announced at a later date or may be implemented unannounced.

Note: Union Station will not be taking any bus parking reservations between Jan. 16-21.

The Washington Monument will be closed to the public from Jan. 11-24.

Metro announced it will close 13 stations with the security perimeter in coming days through the day after Inauguration. 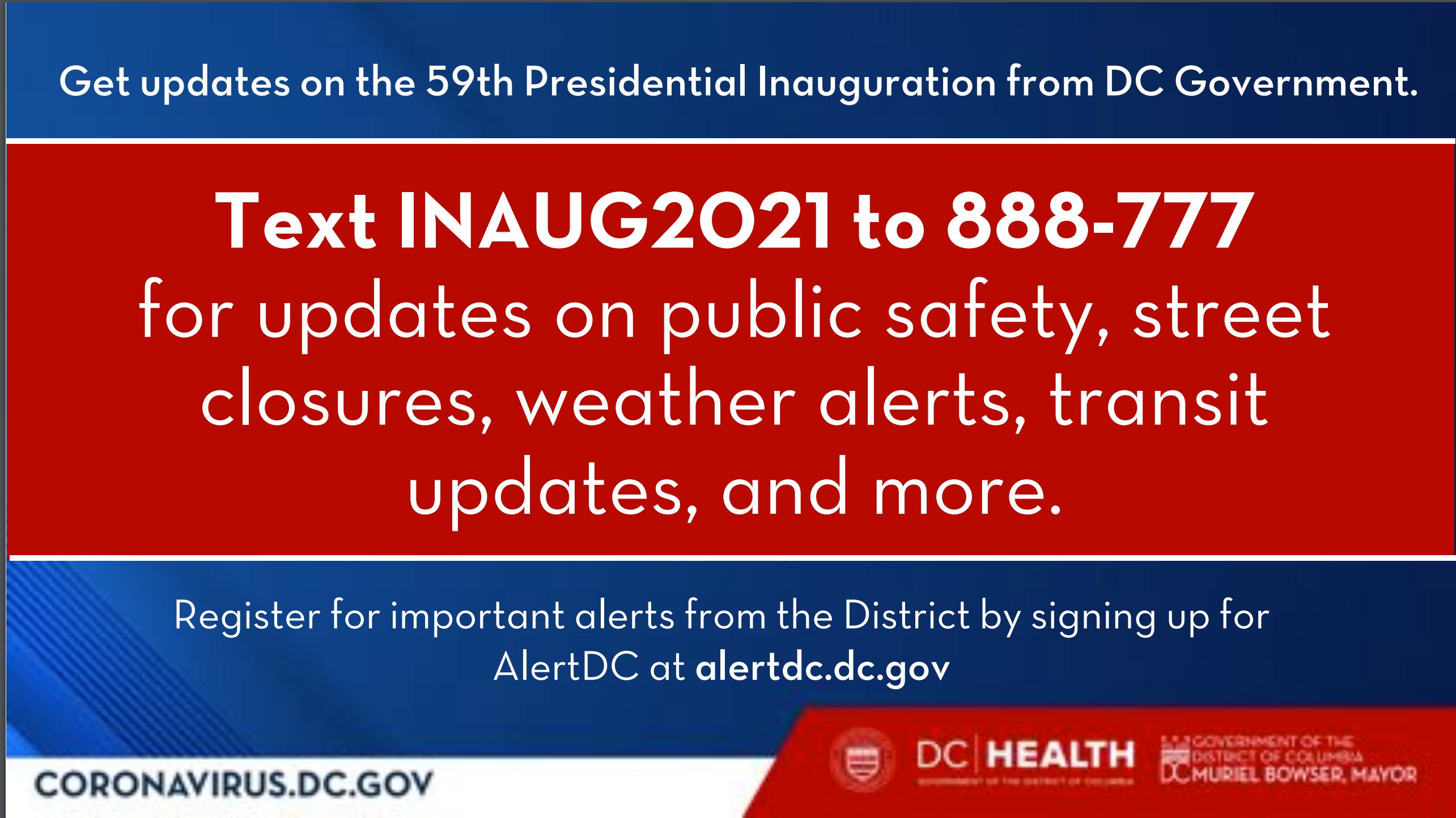 U.S. Senate – The outcome of the Senate control remains undecided as the margins following the election are too close, with 50 seats held by Republicans to 48 Seats held by the Democrats and the two Independents that vote with the Democrats, and 2 seats still in contention in Georgia due to state law that requires a candidate to obtain 50% of the vote to be declared a winner – which did not occur in either Georgia Senate race.  Several vulnerable Republican incumbents held their seats with only three seats overall changing parties:  former Colorado Governor John Hickenlooper (D) defeated incumbent Senator Cory Gardner (R), Mark Kelly (D) defeated Arizona incumbent Senator Martha McSally (R), and Tommy Tuberville (R) defeated Alabama incumbent Senator Doug Jones (D).  Georgia held two run-off races on Jan. 5, which determined the outcome of Senate control for the 117th Congress, which convened on Jan. 4.  The Democrats won both Georgia seatsand now the Democrats control both Congress and the White House, increasing the new President-Elect’s chances of successfully pursuing his agenda.

U.S. House of Representatives – The Democrats retained control of the House, although Republicans made significant gains, narrowing the margins between the two parties to 221 seats held by Democrats to 209 seats held by Republicans (with 5 races yet to be called).  Speaker Nancy Pelosi (D-Calif.) will remain in charge during the 117th Congress, with Minority Leader Kevin McCarthy (R-Calif.) remaining in his role as well.

Opening of 117th Congress will be different due to pandemic