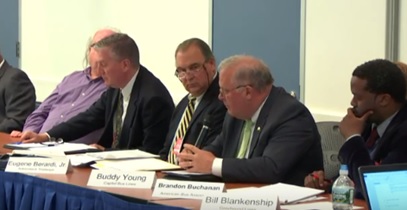 On Oct. 31, the Federal Motor Carrier Safety Administration (FMCSA) convened a public roundtable discussion to gain additional perspective as they begin to reconsider elements of the final rule related to leasing and interchange requirements for passenger-carrying commercial motor vehicles. The final rule is currently set for an enforcement date of Jan. 1, 2018, without additional revision.

Following a successful petition campaign and a public outcry from the industry at numerous events, following the publishing of the final rule, FMCSA initially delayed the implementation of the rule and has now agreed to consider revisions to several aspects of it. Specifically, FMCSA is considering revisions to the parts of the final rule concerning:

In a great display of unity, as well as diversity, more than 20 operators appeared in-person to offer their unique operating perspectives regarding the anticipated implementation of the leasing rule. Hundreds of additional operators participated online via the webcast. Several industry leaders also stepped forward to make focused presentations on the topics for reconsideration as well as answer questions from FMCSA. Contributors from the insurance industry helped reinforce the arguments and viewpoints of the bus operators, as well as helped further distinguish bus industry operations from truck operations, from which this rule originally derived. The safety advocates expressed their interest in getting unscrupulous and illegal operators off of our nation’s highways, as well.

There were several important outcomes from this meeting. A major victory for the industry was that the distinction between offering services under contract (chartering) versus taking over operations and control of vehicle/driver (leasing) was made painstakingly clear to FMCSA. In addition, operators were able to elaborate on the burden imposed by the final rule notification and marking requirements in terms of the operating realties of their small businesses, taking into account the extreme time crunch during peak periods, and late night and weekend events. Operators also had a chance to convey their opinion that adding additional layers of paperwork would not fundamentally improve safety for the more than 604 million passengers carried by the motorcoach industry each year.

Prior to this event, FMCSA had expressed dissatisfaction with the motorcoach industry for not providing sufficiently detailed comments concerning the initial rule proposal. However, operators took full advantage of this event, to dispel FMCSA’s criticisms.

The next step in the process to reconsider parts of the final lease and interchange final rule will involve FMCSA initiating a new rulemaking process, likely in early 2017. We would expect this process to start by the agency publishing a new notice of proposed rulemaking for comment. Therefore the industry needs to remain vigilant, to ensure any proposed revisions to the final rule make operational sense for the motorcoach industry, and actually achieves FMCSA’s intent to remove illegal chameleon carriers from the road and improve highway safety.