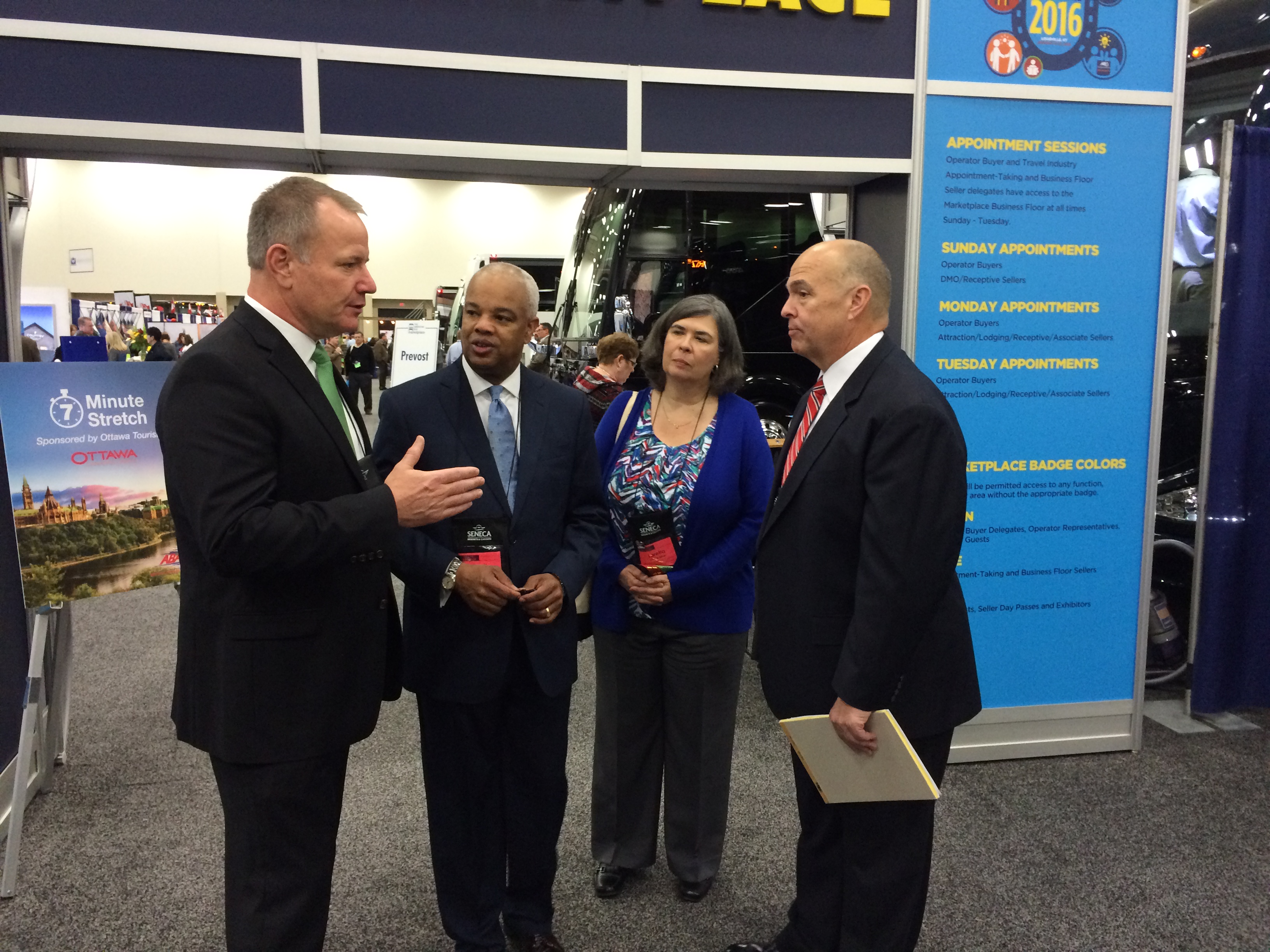 Federal Motor Carrier Safety Administration Acting Administrator Scott Darling told delegates at the ABA’s Marketplace in Louisville, Kentucky that 2016 would be a year of partnerships between his agency and the groups the government regulates. Mr. Darling spoke to more than 200 delegates Sunday, January 10th, 2016 when members of several ABA Councils and the International Motor Coach Group (IMG) met at Marketplace. The ABA Councils represented included the Bus Industry Safety Council (BISC) and the newest council, formed in 2015, BusMARC.

The Acting Administrator pointed to what he says are the successes of FMCSA’s Entry Level Driver Training Program. As it was being developed, representatives from ABA and other industry groups offered their expertise and served on an advisory panel making key recommendations.

FMCSA has two public listening sessions scheduled on Tuesday, January 12, 2016, from 9:30a to 11:30a and 2:30p to 4:30p. FMCSA will be soliciting information on the potential benefits and feasibility of voluntary compliance and ways to credit carriers and drivers who initiate and establish programs that promote safety beyond the standards established in FMCSA regulations. ABA and FMCSA officials are encouraging delegates to attend.