ABA members spent the last week of January building their business with appointments and networking and adding to their professional education during ABA's 2019 Marketplace in Louisville, Ky. ABA's Marketplace brings together the largest gathering of all sectors of the group travel and tourism industry. 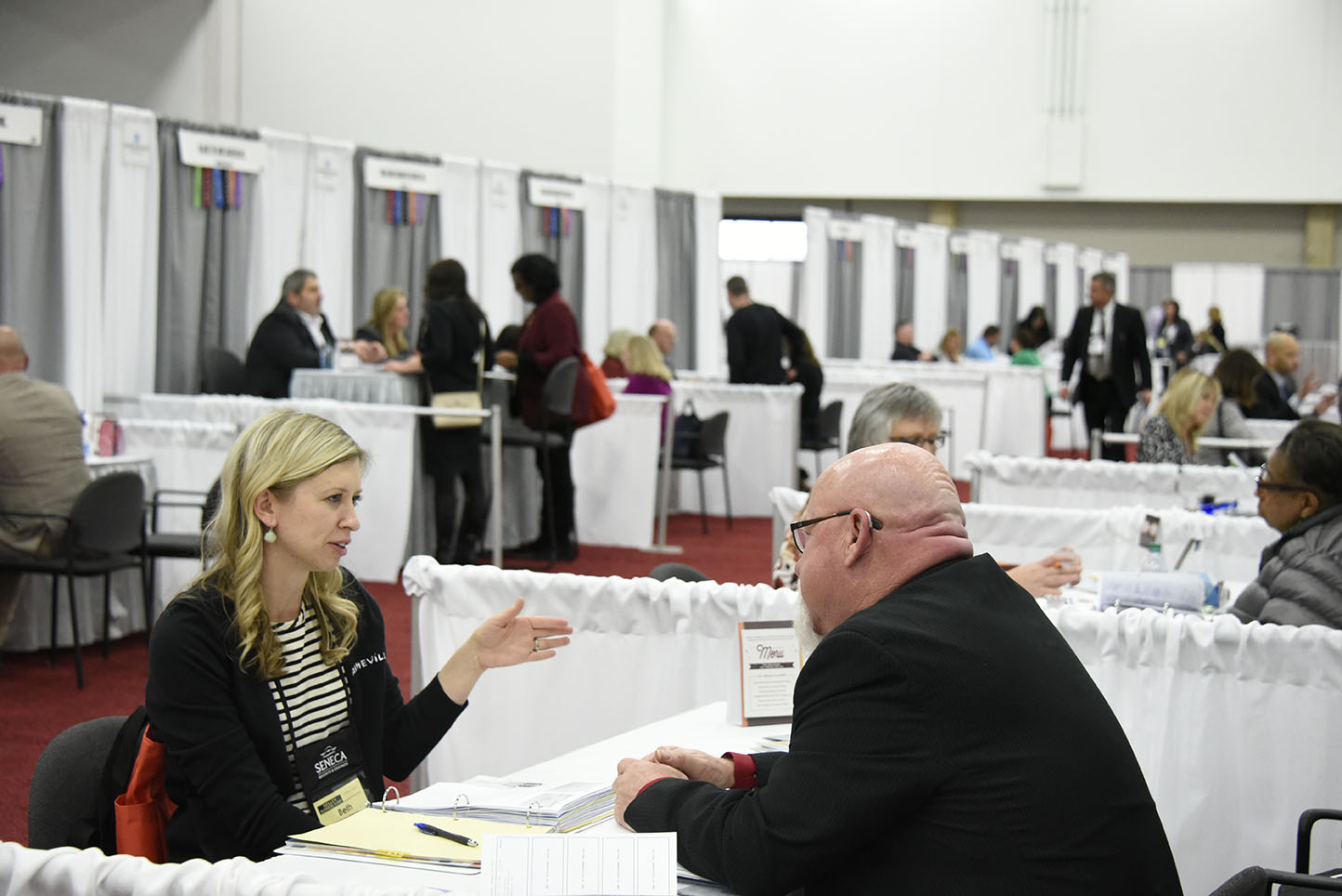 With more than 137,000 scheduled business appointments happening throughout the week tens of millions of dollars of business was generated to kick off ABA members 2019! But not all the business building was happening through appointments. During Marketplace, attendees have endless opportunities to network established partners and meet new partners whether in the exhibit hall, during morning and lunch events and evening dine arounds and events.

But it is not all hard work and no play at ABA! Attendees had were treated to more than a 100 exhibitors, including 22 motorcoaches, on the networking floor and many of them were giving out treats galore! 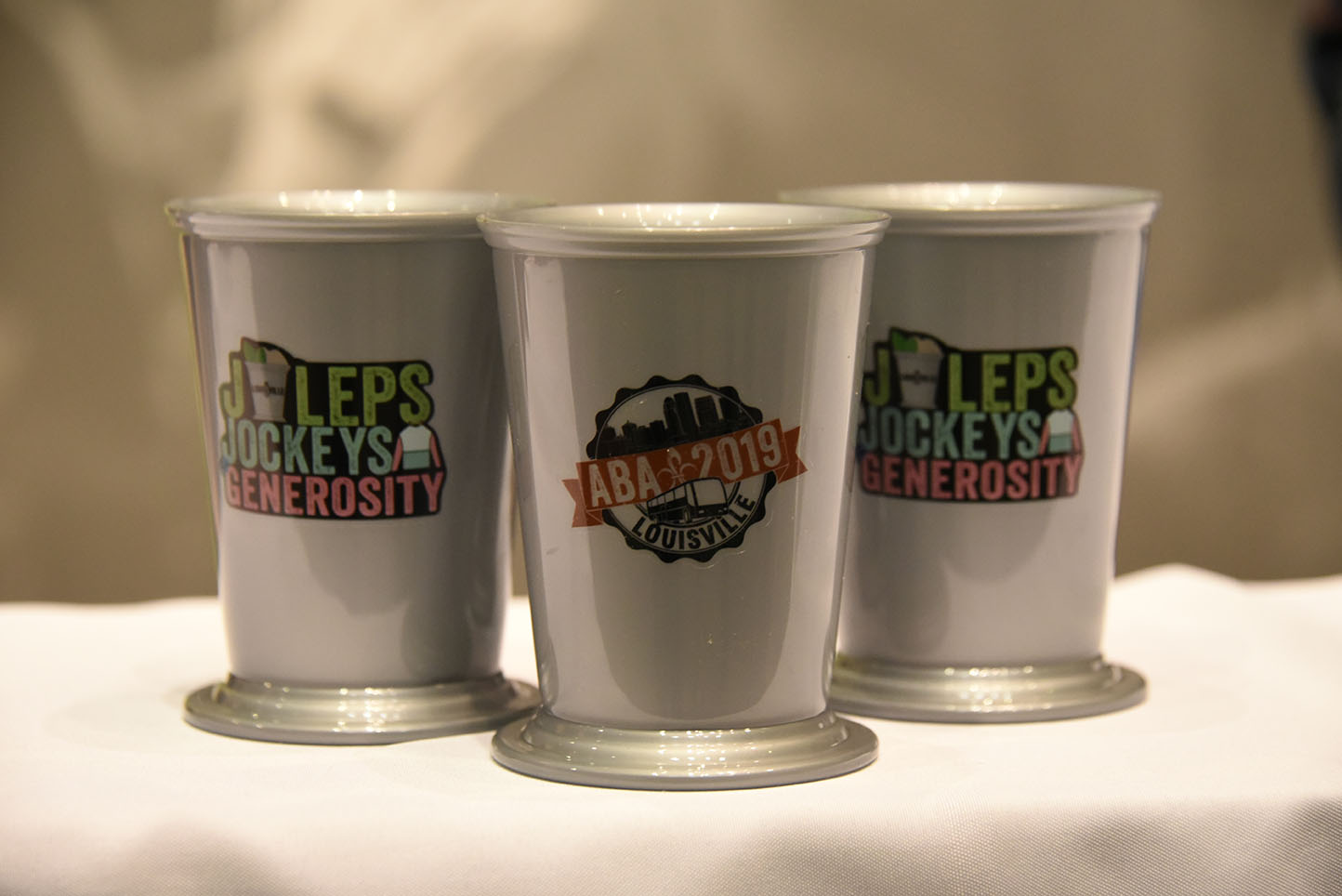 And the night events were legendary! Attendees were treated to a night at the Kentucky Derby Museum at Churchill Downs for a night of Juleps, Jockeys and Generosity as they raised money for the ABA Gives Back local charity, Backside Learning Center at Churchill Downs.

The Backside Learning Center is an independent, non-profit organization serving the equine workers and families at Churchill Downs. They provide adult education programs, after-school and summer youth programs and social services. Because ABA members' generosity, the ABA Gives Back program donated $22,000 to the Center. 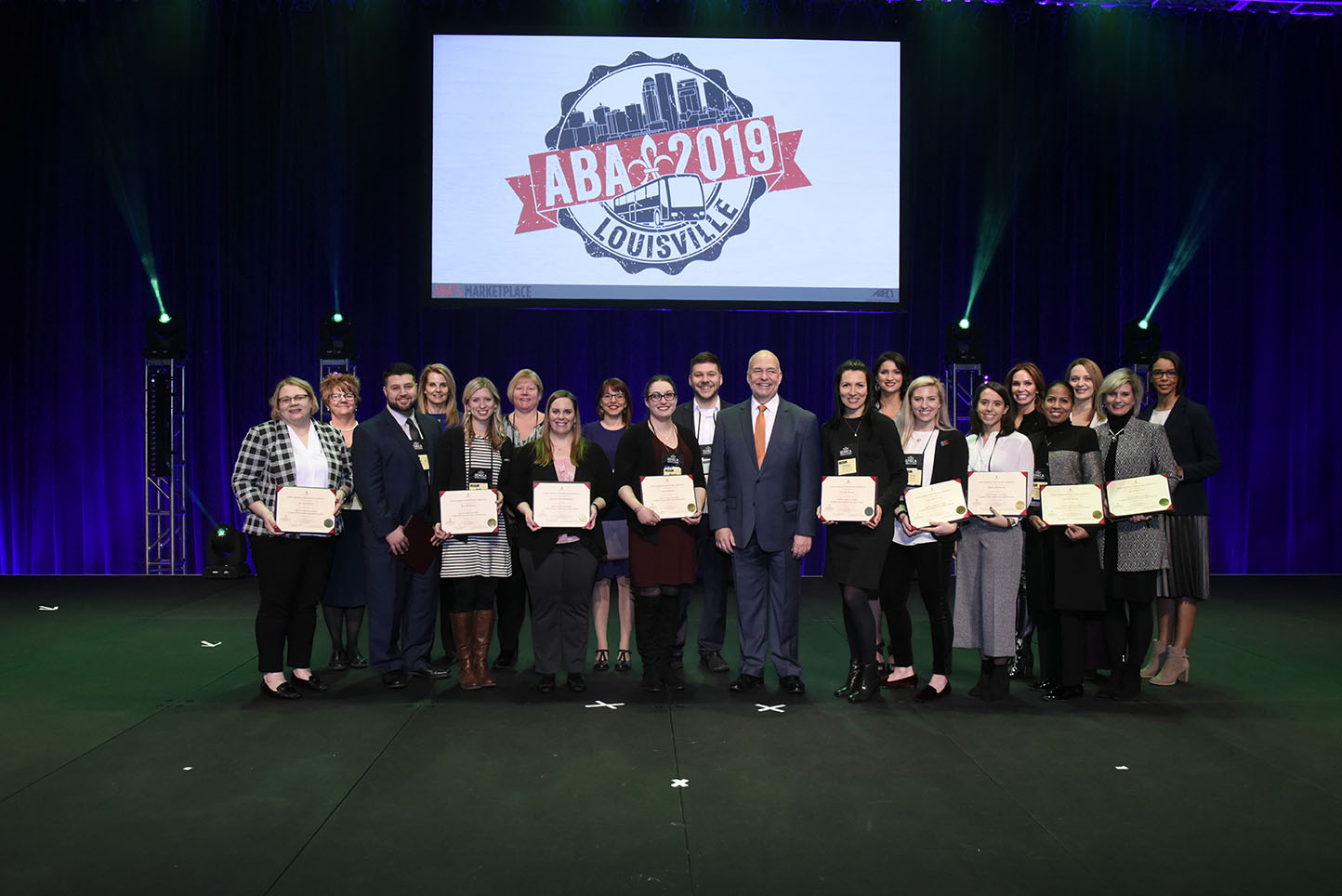 While it was a week of hard work, everyone also took the time to recognize achievements of ABA members that were made throughout the year. The annual ABA Certified Travel Industry Specialist program not only saw 22 members graduate from the program during Marketplace, but we also celebrated the 30th anniversary of the program. ABA partners also presented awards throughout the week to members including Stephen Evans of Pacific Western Transporation Corp, receiving the BISC Norm Littler Memorial Safety Award and the BusRide Good Stewardship Award; Moostash Joe Tours received the Groups Today TODAY! Award; MTRWestern received the ABA/MCI Leadership & Environmental Sustainability Award; Jefferson Lines received the METRO Innovator Operator Award; Bob Cline of US Tours received the inaugural NAJ Innovative Tour Operator Award; Michelle Wiltgen of National Interstate Insurance received the Women in Buses Award; and Mary Jo Petersen of Annett Bus Lines received the inaugural ABA Motorcoach Driver of the Year Award - presented by MCI.

Want to relive #ABALouisville, you can view pictures here.