The American Bus Association Foundation  recently updated its environmental study of different modes of transportation to find how the motorcoach industry stood up. The result: Motorcoach travel remains the greenest mode of transportation. 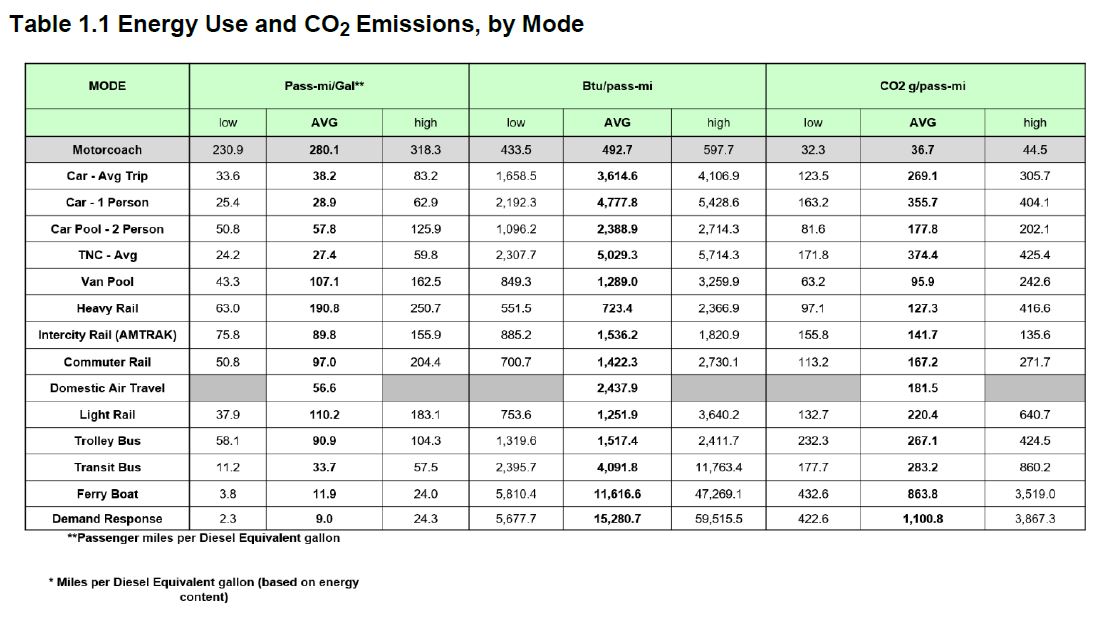 Motorcoaches on average used 493 Btu/pass-mi and produced 37 g/pass-mi of carbon dioxide. On average, motorcoaches use the least amount of energy and produce the lowest carbon dioxide emissions per passenger mile of any of the transportation modes analyzed.

On average transportation network companies (TNCs) are slightly less energy efficient than single commuting, using 5,029 Btu/pass-mi and emitting 374 g CO2/pass-mi. This is because on average TNCs only generate 0.95 passenger miles per vehicle mile driven, compared to one passenger mile per vehicle mile for single commuting. TNCs carry an average of 1.5 passengers per trip (not including the driver), but for every 5.2 miles driven with passengers, the driver travels 3 miles empty, either waiting or driving from the last drop off to the next pick up.

The future of eco-friendly motorcoach travel will even look better than it does today, as more new fuel-efficient vehicles enter the market and replace current vehicles over the next 10 years, emissions per passenger mile from motorcoach will fall.

"Travelers today are more environmentally conscious in where they travel and how they travel," said Peter Pantuso, president of the ABA Foundation. "We are seeing more people taking to motorcoach travel when they travel domestically not only because of its convenience, but also because they know it is the greenest way to travel."