Washington, DC – Today the American Bus Association Foundation (ABAF) released the First Quarter 2022 Motorcoach Builders Survey, which is based on surveys of the major motorcoach manufacturers that sell vehicles in the United States and Canada. According to data, motorcoach manufacturers continue to face unprecedented challenges. While new motorcoach sales in the first quarter of 2022 are 11 percent above where they were during the period of 2021, sales are still well below before the onset of COVID-19.[1]

This quarter the participating manufacturers sold 191 new and 109 pre-owned coaches, for a total of 300 motorcoaches. This compares with just 270 during January 2021. The bulk of new coach sales were made to public entities like transit companies, which accounted for 58 percent of sales. These public entities tended to continue to purchase motorcoaches during the COVID shutdowns, while sales to private companies fell by almost 50 percent to an average of just 152 per quarter following the lockdown.

Overall, the three-month moving average of total coach sales is down by about 30 percent from the last month prior to the COVID pandemic.

“The motorcoach industry is still reeling from the effects of the pandemic,” said Peter Pantuso, ABA Foundation president. “When motorcoaches aren’t running the trickledown effect on suppliers is devastating. As the industry struggles to rebound from the past two years, we are hopeful sales will also improve. However, it could well into 2024 and beyond before we see a true comeback for the industry.”

The bus industry is the greenest and most affordable transportation sector and was moving more than 600 million passengers annually before the pandemic. As of the beginning of 2022, industry passenger volumes were still down by 62 percent from pre-COVID levels, making it one of the hardest hit parts of the economy.

[1] The Motorcoach Sales Index was established by the American Bus Association Foundation to measure the health of the motorcoach sales industry in the United States and Canada. The index is set so that calendar year 2012 is equal to 100. The index measures the total of new and used coaches sold over the preceding 4 quarters. Its highest level was 175.992 in the first quarter of 2018, and it hit a low of 59.016 in the first quarter of 2021, as a result of the COVID-19 shutdowns. 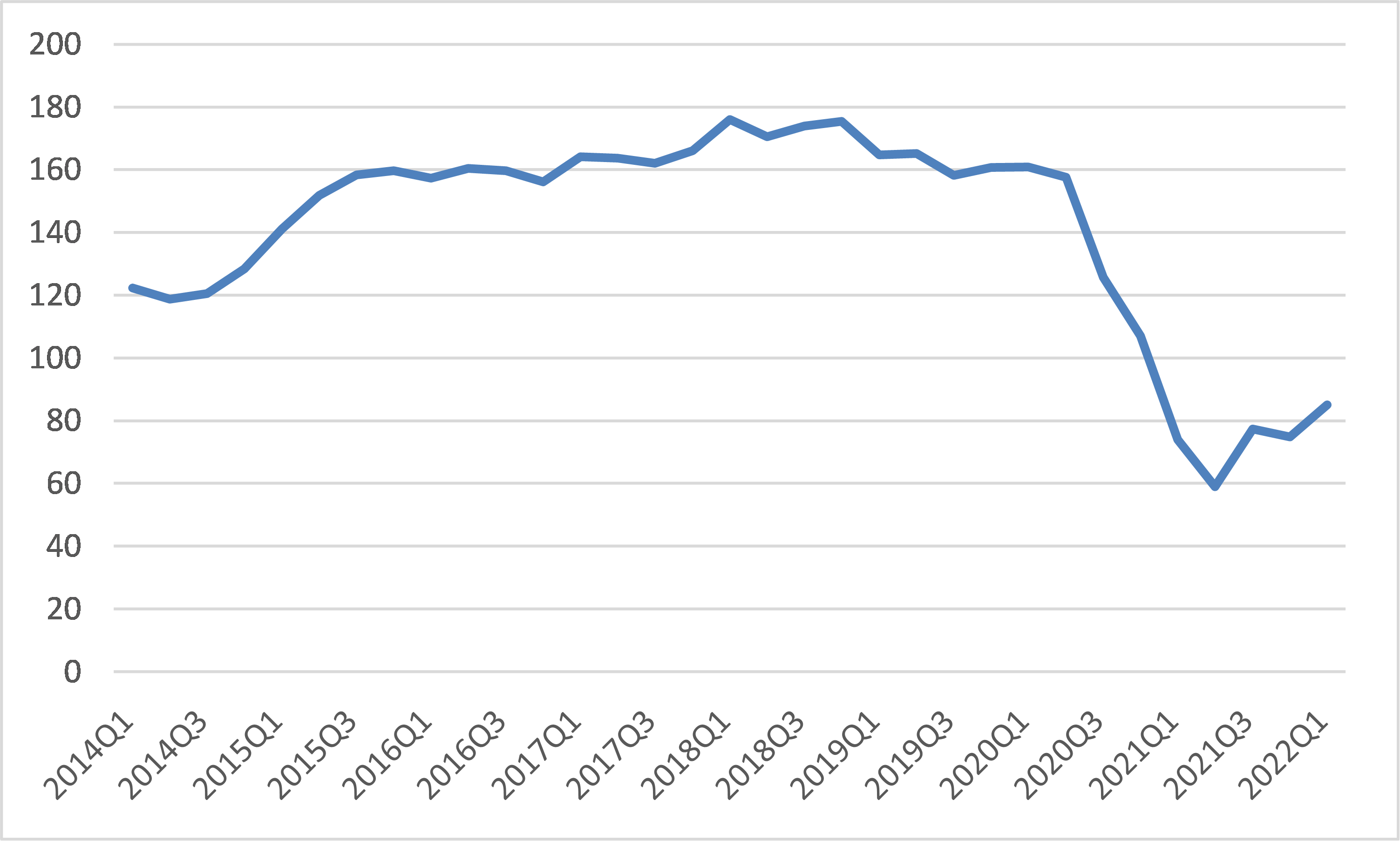 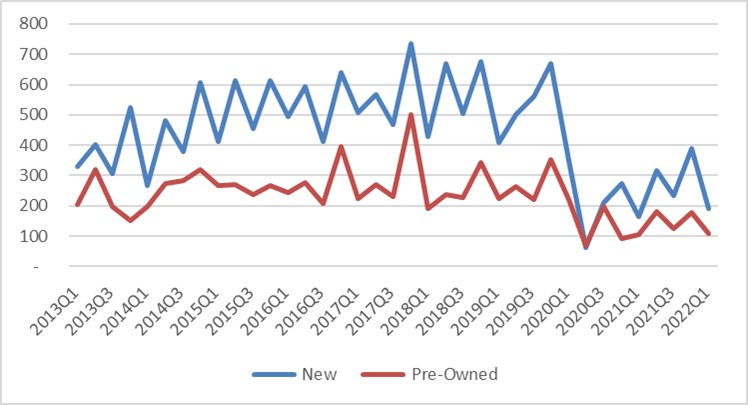 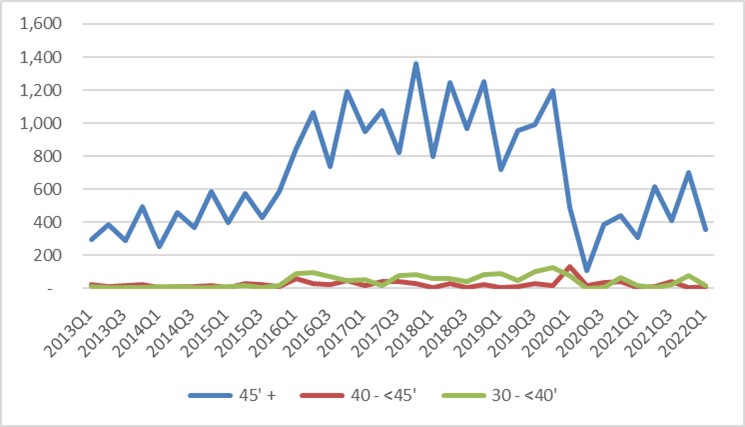 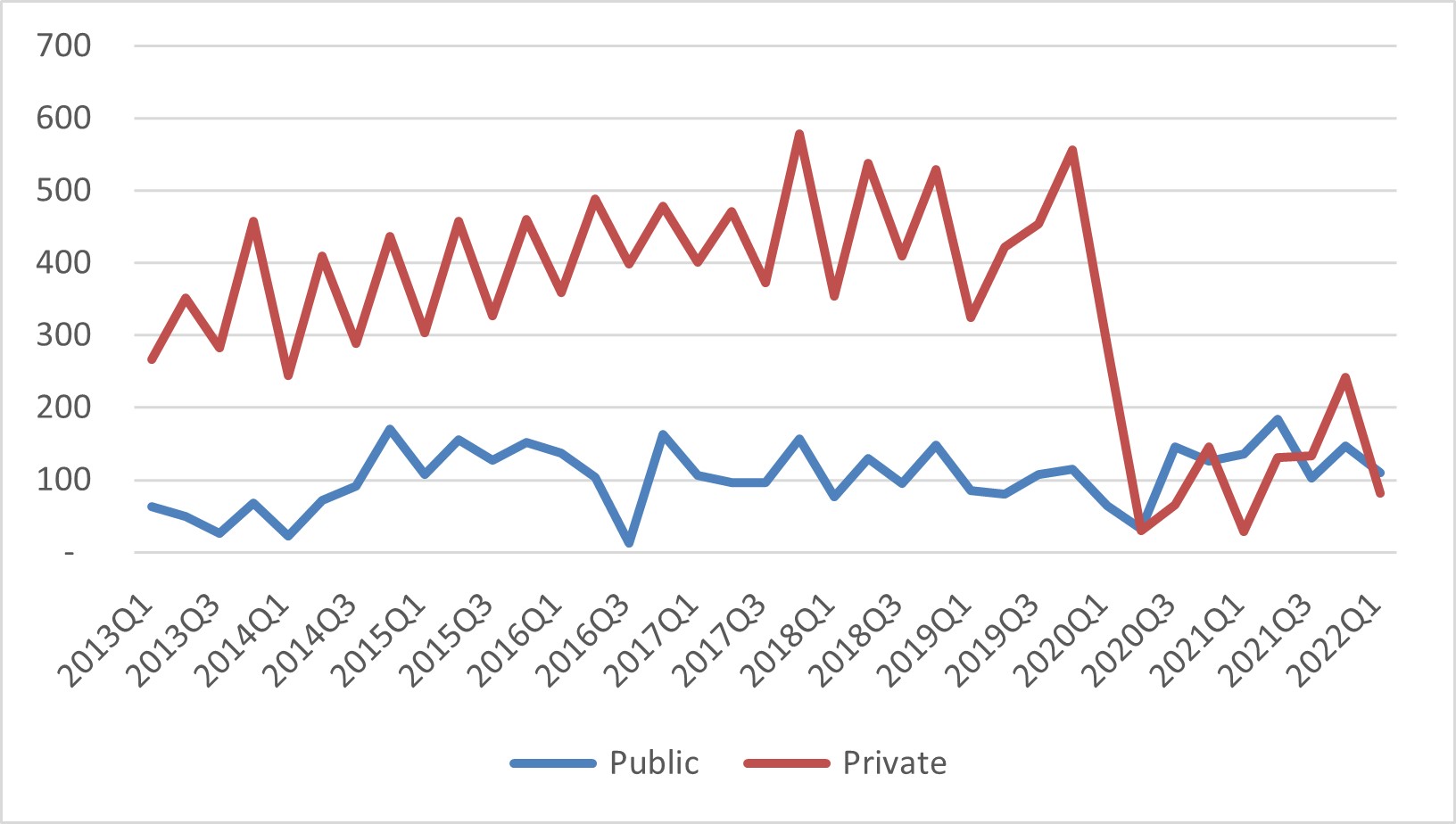